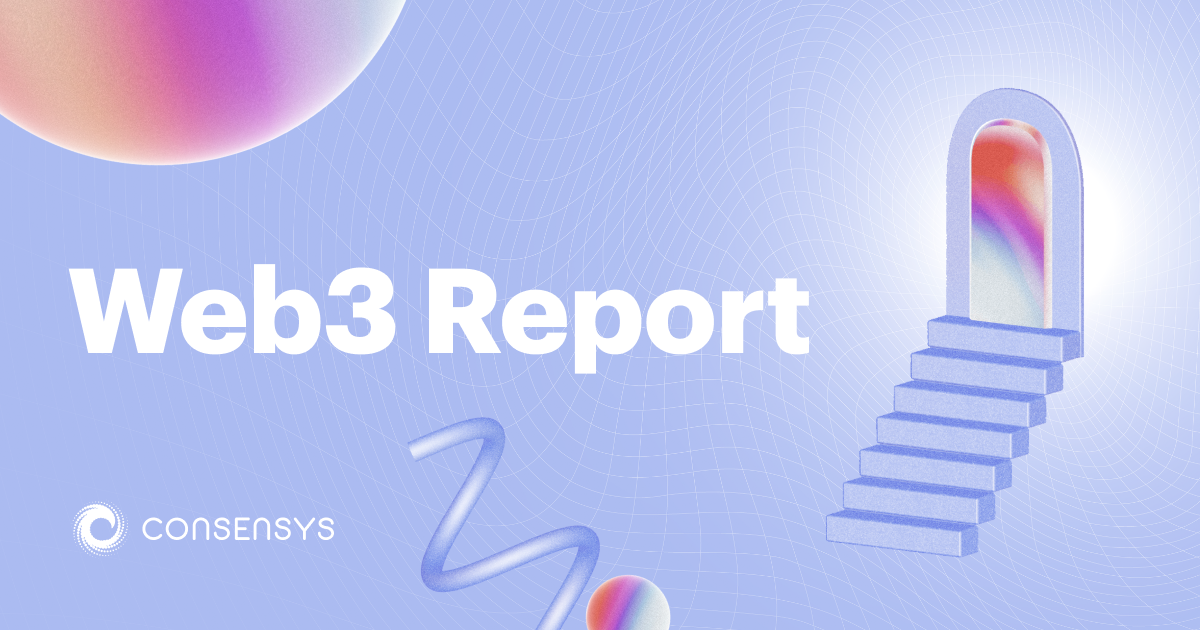 The DeFi data, context, NFTs, tools, and trends that defined Web3 in Summer 2021.

Number of unique wallets which bought or sold an NFT Source: Nonfungible.com

The "metaverse" as a term officially entered the popular lexicon in Neal Stephenson’s 1992 science fiction novel Snow Crash where he used the term to describe a virtual reality-based successor to the Internet. The word is used to describe the concept of a future iteration of the Internet, made up of persistent, shared, 3D virtual spaces linked into a perceived virtual universe. If you want to experience a "metaverse" for yourself, you can check out ConsenSys' headquarters in the Ethereum-based world, Decentraland.

One of the clearest examples of the Metaverse in the context of the blockchain is the concept of play-to-earn gaming. The traditional model of gaming back in the days of “Age of Empire” was simple: consumers had to pay a fee in exchange for the “playing” experience. While money is typically required to play metaverse games, the revenue model continues to change and is no longer as simple as it was.

With Facebook’s rebranding to Meta, the term is increasingly getting misused, but the idea in Web3 is that products and objects that you can collect in one virtual world can move across to other virtual worlds via tokens built on collectively-owned protocols. Let's dive into some of the bigger projects in the Metaverse space to add some color.

During Q3 the play-to-earn industry grew enormously. Standout games and economies were Axie Infinity, ZED Run, Sandbox, and Yield Guild Games. ‍ Sky Mavis, creator of Axie Infinity, raised $152M at a valuation of nearly $3 billion USD. Axie Infinity is a game in which players collect Axies which can battle, perform tasks, and breed to create more Axies of varying value and rarity.

The ultimate goal of the game however is to obtain SLP (smooth love potion) tokens which can be sold. Axie creatures themselves can also be traded as ERC-721 NFTs. In the third quarter of 2021 alone, Axie Infinity generated more than $720M dollars through NFT trading.

Axie Infinity currently boasts over 300,000 daily active users (DAUs), an increase of more than 30x since the beginning of the year. Furthermore, growth in their Discord has gone parabolic, making them one of the largest Discord servers globally.

Axie Infinity's monthly revenue in July surpassed $23 million, double June's revenue numbers. Axie Infinity’s revenue in January was only $100,000. This informal market has grown into a formal play to earn financial services. Users in the Philippines are quitting their jobs and making 10x their income playing Axie.

Another of the largest and most prominent companies creating this financial services ecosystem is a project called Yield Guild Games, who recently announced a raise of $4.6 million USD, led by a16z . Since 2020 they have been accumulating yield producing NFTs and stakes in great gaming protocols and projects.

YGG recently released its treasury report where they list new partnerships, acquisitions, scholarship updates, and examples of games they invested in. All of these games focus primarily on NFTs - assets that can operate, loan, trade, and sell. This short documentary shows how the play to earn economy is growing and transforming the lives of people participating.

One of the most developed virtual worlds in the Metaverse is Decentraland — a world created and owned by the users. It's a place where users can create an avatar, interact with friends and strangers, build houses on your own digital plot of land (known as LAND), or simply check out an art shows. To start building, people can purchase a parcel of LAND, either from Decentraland if unsold, or from someone else at a price they determine. And just like real-world real estate, the more coveted the spot the higher the value, with some plots fetching up to $900,000.

The world itself is fueled by NFTs, which make up the majority of in-world items, from the plots of land to the clothes avatars wear. In effect, the world acts as the building blocks for the virtual world of the future, allowing users to build and monetize the services they create. Currently the median price for a Decentraland NFT sits at almost $5,000, and the average weekly sales across Q3 totaled $772K across an average of 300 sales.