On a fairly abstract level, user research methods can be classified in a 2x2 grid based on two dimensions: 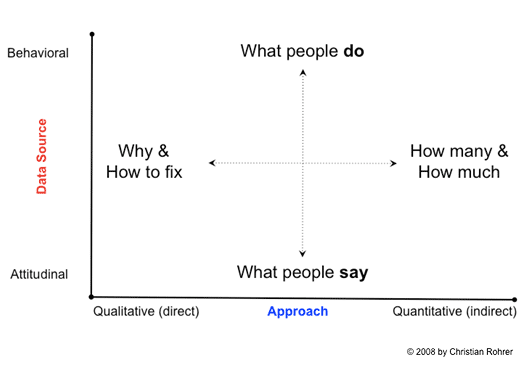 With quantitative methods, behavior is measured in a quantifiable way, by answering “how many, how often, or how much” questions. For example, most aspects of mass data product analytics (see below) are quantitative and, e.g., A/B testing of a landing page will indicate which versions works better in terms of conversion rate.

Qualitative research, on the other hand, focuses on meaning and deeper understanding of individual users. It is more about "why" questions in search for the motivation of users and can hardly be expressed in numbers.

Attitudinal research is all about the thoughts, feelings and, well, attitudes of users as they express themselves. It is about what they say. Due to influence by others, social pressure and herd behavior, however, there is a certain risk that users actually behave differently.

Behavioral research observes users and, thus monitors what they do which may sometimes significantly differ from what they say. With eye tracking, for example, it can be observed how users interact with interface designs, where they look for information, whether they are distracted etc.

There exists a large variety of many different research methods along this 2x2 grid some of which will be discussed below. 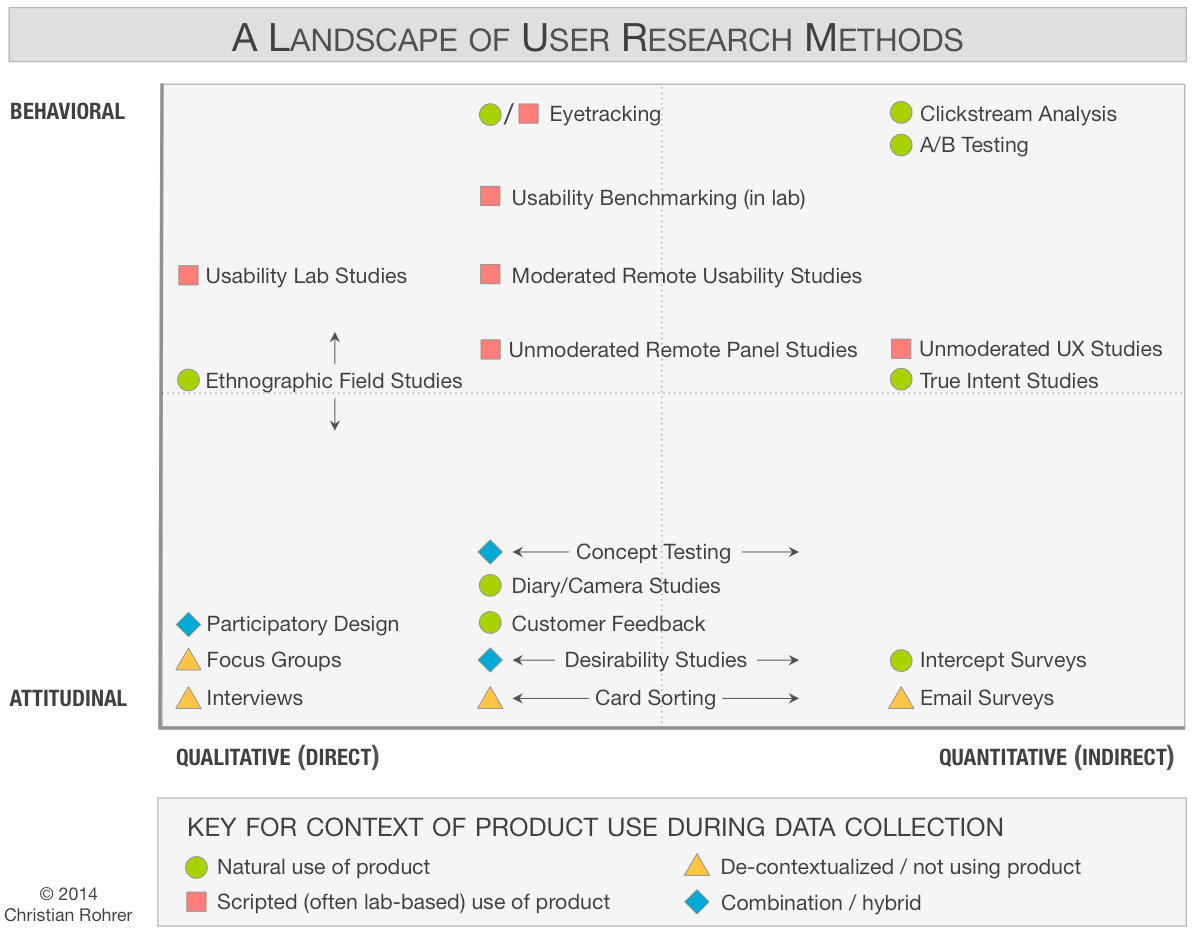 User interviews will be covered in more detail below. Quickly sketching some other methods from that chart: