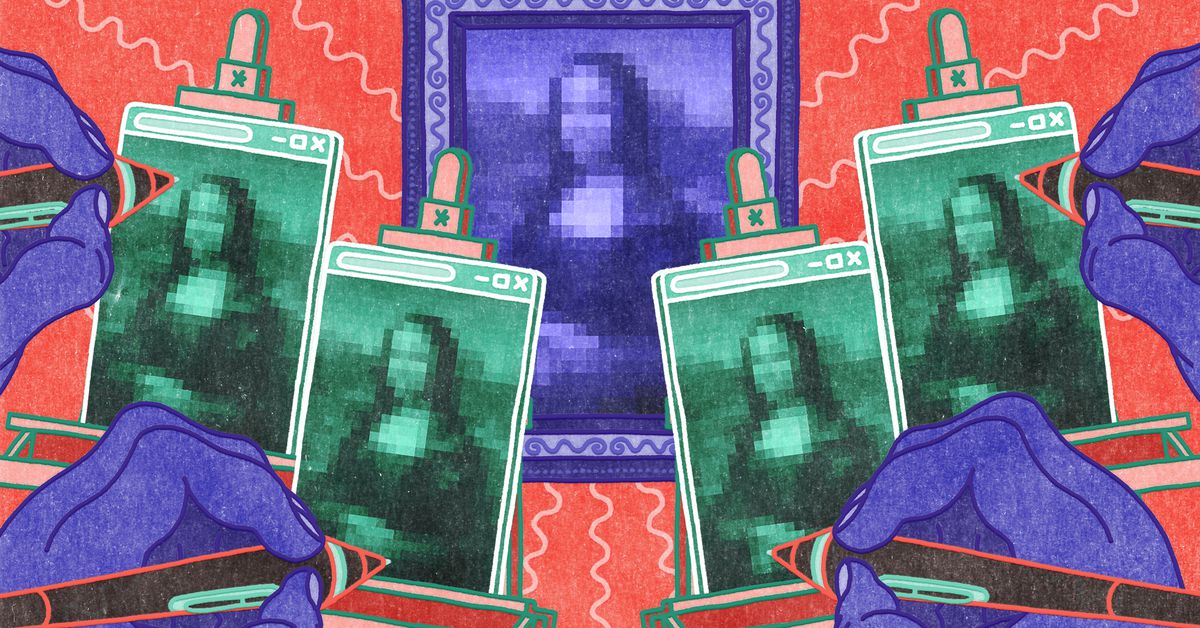 Generative profile picture NFTs are all the rage, but creators say it’s not just about the money

The first time Tom Williamson and Rob Mehew tried to make an NFT project, they landed on unicorns. Overweight unicorns, actually. Plump and slumped over, unable to stand up on their own four hooves, and illustrated in a chunky 16-bit art style. They called the project Faticorns, generated 10,000 of the creatures, and put them all on sale.

So they scrapped the project, and teamed up with Evan Luza and artist Colin Egan on something different: Cool Cats, a generative NFT project that planned to make 9,999 cartoon cats. They were cute, blue, illustrated, and decked out in accessories like beanies, bandanas, and flannels. This time when they went on sale, all 9,999 sold out in eight hours, netting them around $400,000 in Ether.

What was different about the cats? They were “cute and cool,” said Luza, who goes by ELU online. And the experience of buying the cats felt like an event. “The way we packaged the offering, it felt like opening a pack of Pokémon cards,” Luza said.

A collage of Cool Cats NFTs.

Projects like Cool Cats have become all the rage in the NFT space in the past few months, driven by the success of ludicrously valuable collections like CryptoPunks, some of which have sold for millions of dollars each. These projects typically follow the model CryptoPunks set back in 2017: they include 10,000 pieces, all of which are “programmatically generated” — randomized, basically, from a set of premade components like smirks, hats, mustaches, and T-shirts — and formatted as headshots, perfect for a profile picture on Twitter or Discord.

You can think of these NFT series a bit like big games of Pokémon, except each creature can only be captured once. That means if you want more of them, or never caught one in the first place, you have to buy one from someone who started playing early. Naturally, fan favorites like Pikachu and Charizard are going to be valued more than some seventh-generation throwaway like Cutiefly. That’s why in an NFT series like Cool Cats, you’ll see some cats going for 3ETH (around $10,000), others going for 15ETH (around $49,000), and all of them well above the initial “capture” price of .02ETH (about $42 at the time), for people who got in on day one.

Dozens of these projects have popped up in recent months, typically themed around a single creature. There are penguins, aliens, and robots; lions, tigers, and bears; plus a whole lot of cats — Gutter Cats, MoonCats, Mad Cats, Punk Cats, Stoner Cats, and BlazedCats (yes, there are two weed-themed cat NFT series).

The biggest, at the moment, is apes. Bored Ape Yacht Club, which launched in April, includes 10,000 apes with a punk vibe, dressed in trucker hats, stud earrings, and mischievous grins. At launch, apes were sold for the equivalent of $186 a pop. Now, the cheapest ape costs more than $80,000, and several have sold for more than $300,000 each at today’s exchange rate.

The BAYC website includes a gallery of all 10,000 apes.

“We were thinking, we have this club, this dive bar, what kind of people do we imagine would go into this bar? Who do we want? What kind of club would we ourselves want to be a part of?” one of the Bored Ape co-founders, who goes by the pseudonym Gargamel, tells The Verge. “After a long night of brainstorming, it came to [Gordon, another co-founder] in a dream: Bored Ape Yacht Club.”

It’s easy to get the impression that these projects, all modeled after and inspired by the immense success of CryptoPunks, are cash grabs for project owners and NFT holders alike, snatching up cookie-cutter JPGs with the hope of reselling them a couple of months or years later for a surprise windfall. Pop into the Discord servers for any of these projects, and you’re likely to see a conversation about “floor prices” — the cheapest an NFT from the series is selling for — before too long.

But nearly everyone who spoke with The Verge about their involvement in launching or buying these NFT series said the monetary component was just one part of the story, and often not even their primary interest. “When I had an ape as my profile picture, I could DM any other ape and connect with them,” Spencer Gordon-Sand, a current Cool Cats owner (and former ape owner) who works in venture capital, tells The Verge. “This is a really easy in to a community of people.”

The projects’ real selling point is supposed to be some combination of great art and access to a great community. Bored Ape Yacht Club, or BAYC for short, was really the first to figure this out. The BAYC founders tried to make the process of getting an ape as easy as possible for initial buyers, and they styled their series as offering membership to a literal “club.” Their website is built around illustrations of a divey bar, and it grants access to a members-only board where you can leave digital graffiti, so long as you own an ape.