Flip five coins: Did you get a head? The answer that question is yes. Yes you did. And I'll wager being wrong about that once out of every 32 tries.

The interplay between chances and tries creates in a fuzzy way when a success will appear. The developer's expression of artistry is then to place those successes along a timeline that fits into their universe.

One toss of a coin does not directly affect another, but as we continue adding more tosses to an experiment the number of possible outcomes explodes.

<aside> 💡 With a growing number of potential results, the solitary tragic ending of all tails gets a shrinking slice of the possible outcomes pie.

So we have the coin's chance of success/failure and a number of tries. And from those two we can work out the risk of an all-tails misadventure.

These three values form a relationship so any two define the third: 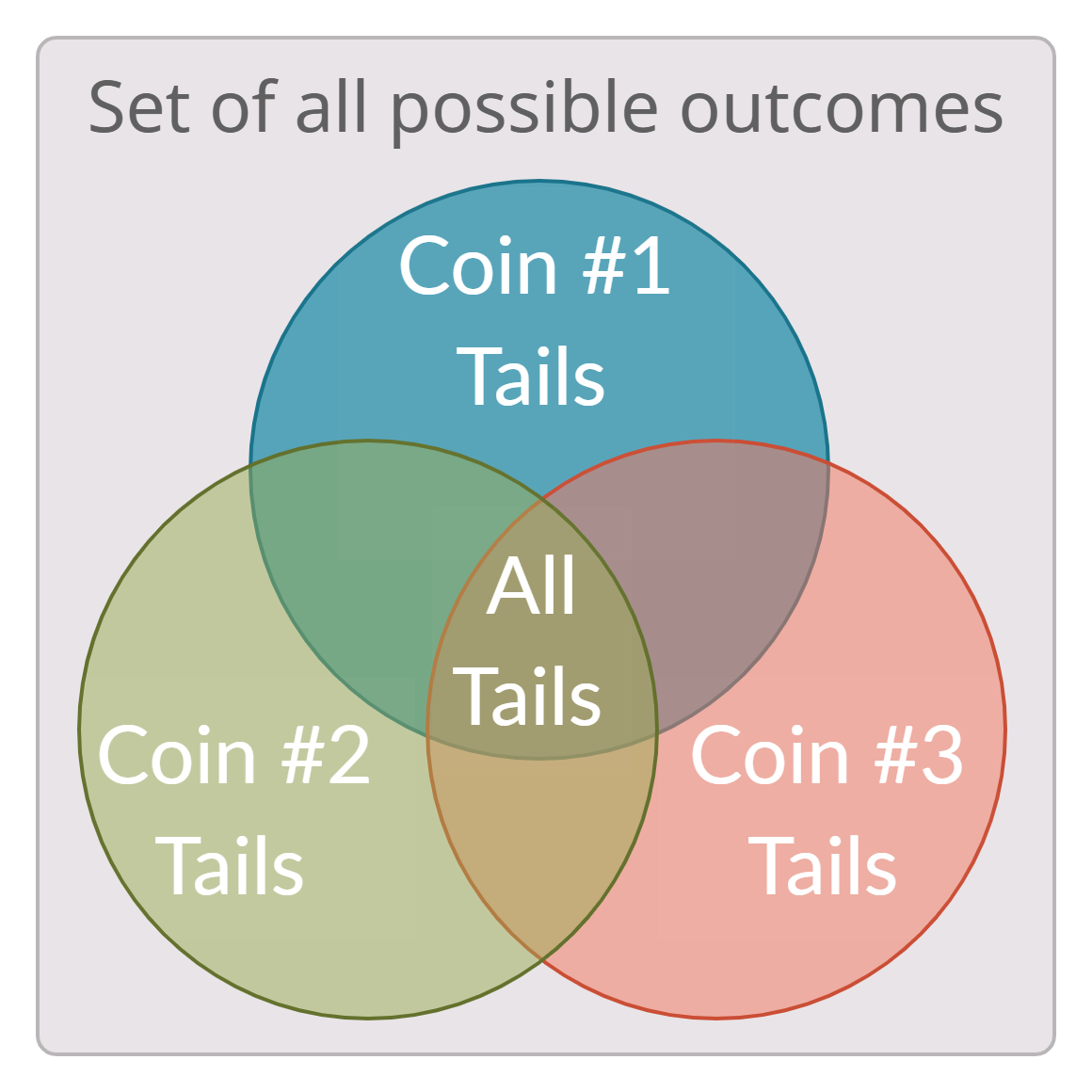 The shadow of success 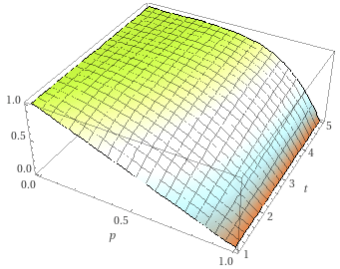 Example 1: How many animals should I take?

Let's say we're playing Rimworld and want to take just enough animals on our trip to assure getting a male and a female for breeding. How many is enough?

We know the chance of an animal being male or female is 50%, and we want to set the risk of a misadventure low. How low? This is an executive decision, and I like to use 95% certainty when no other option seems of particular merit. So 5% risk, 1 in 20 chances to be wrong. Roll 1d20.

Example 2: Is that gamble worth it?

An NPC offers a gambler's prize: Pay up front for a try and there's a 10% chance to get what I want each time. I can currently afford ten tries.

We know the chance of failure (90%) and the number of tries (10) so we can work out the risk of a misadventure.

35% risk leaves 65% confidence I’ll win at least once, a bit better than a coin flip but not at all a reasonably certain outcome. Well below that 95% certainty I like so much, so I'll pass on it.

How many tries would it take for me to reconsider?